Organized in 1876, Helenville Mutual was originally known as the Town Jefferson Mutual Fire Insurance Company. Business was conducted from the home of the company’s secretary. All company meeting minutes and policies were written in German until 1931.

The company purchased property in 1931 to construct the building we are in today. We merged with Sullivan Mutual Fire Insurance Company in 1967 to become Helenville Mutual Insurance Company. With the addition of personal liability coverage in 1969, fire and lightning policies became complete home and farm insurance policies.

Helenville writes for six independent insurance agencies in six counties: Jefferson, Dane, Dodge, Waukesha, Walworth and Rock. With other cost-saving measures in place, we strive to keep your premiums within the six-county region by utilizing local contractors and businesses. 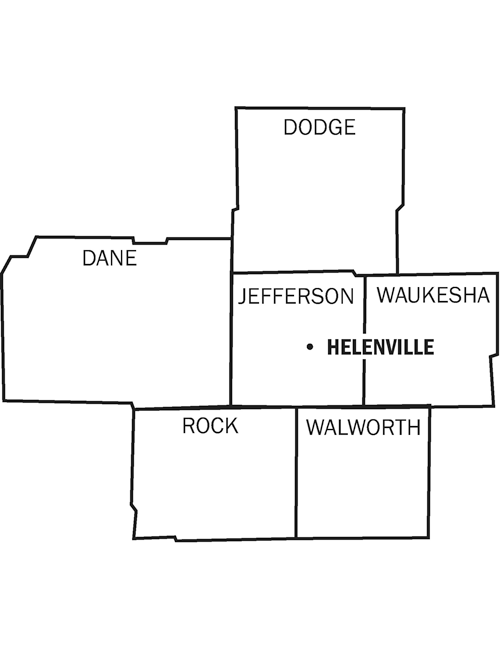